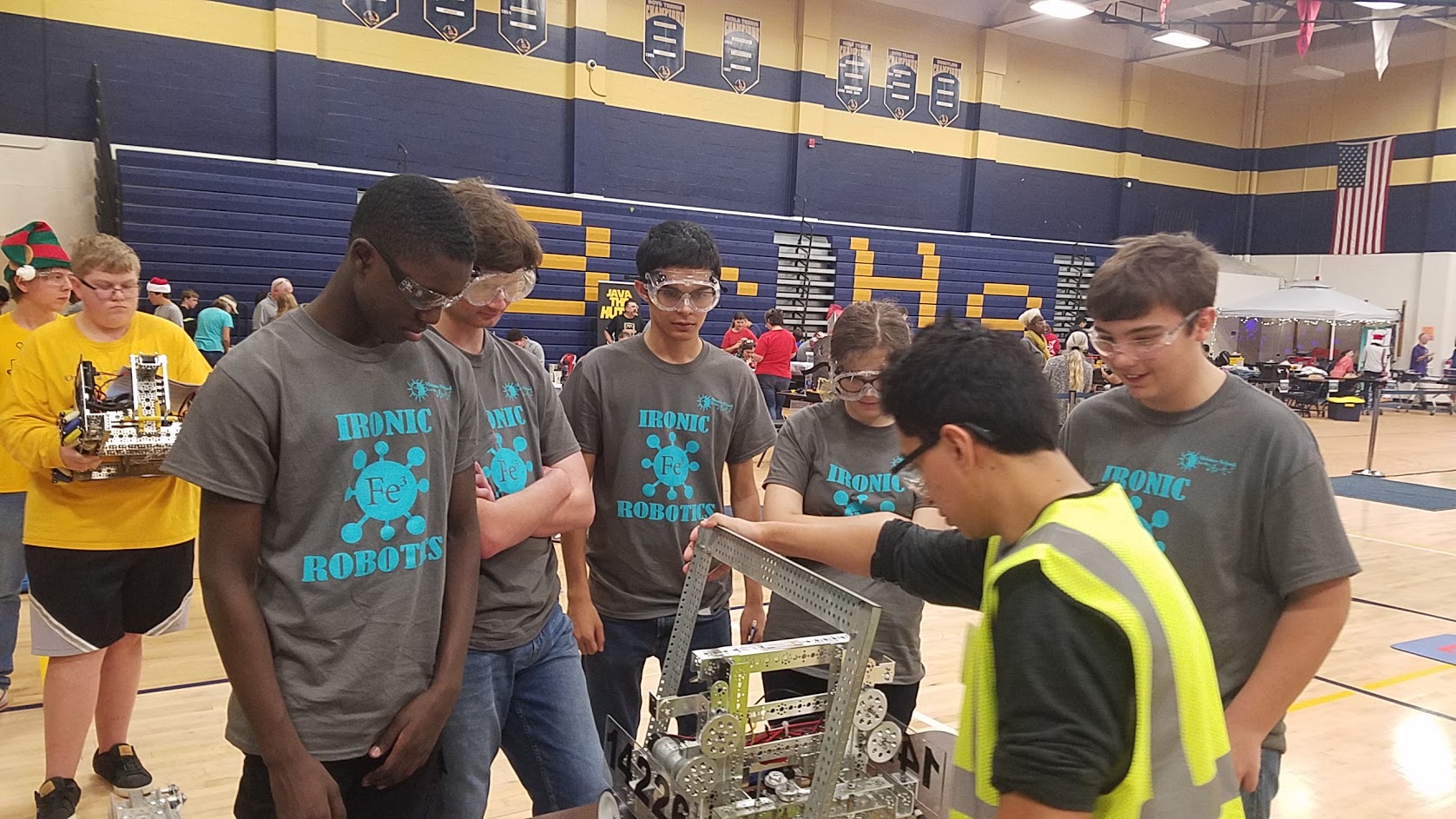 Since my kids were young, I've exposed them to things I find interesting which includes quite a lot of science and technology related things. My daughter was in elementary school the first time she "wrote" her first piece of code (in Scratch running on the original Raspberry Pi hardware). It didn't really came as a surprise then when she wanted to participate in her school's Robotics Club. Unfortunately, shortly after she joined the person acting as the team coach left. While she contined attending the club, enjoying spending time with friends who shared her interest, they didn't get the chance to go to any of the competitions. In the fall of 2019, we both went along to the introductory meeting for the High School Robotics Club, where the new coach mentioned that the staff member who had originally started the club was no longer with the school and that given their relative inexperience with the technology they would appreciate any assistance that parents could provide. Naturally my daughter volunteered me. I had no clue what I was getting into!

Before moving on to other things, the teacher who had initiated the club had selected the FIRST competitions (specifically FIRST Lego League and FIRST Tech Challenge). There are many other robotics competitions too, including the Vex Competition with similar goals. I soon discovered that FIRST is a little unusual, compared to some of the other competitions, in that the competition aspect is not exclusively related to the scored game. While the match scores are important, and teams can advance to higher levels as a result, those scores alone are often not sufficient for them to win outright because teams are judged on a more wholistic view including (among other things) the way in which they exhibit Gracious Professionalism. This focus on Coopertition was manifested at the very first event we went to (actually the team's first ever match), where a team on the opposing aliance accidentally broke one of the required identification numbers mounted on our robot. Immediately after the match they came over to us, apologized profusely, then gave us some excellent feedback on alternate materials that would likely work better. (They were right too. The team took their advice and the new numbers lasted the remainder of the competition season.)

Having been volunteered, I soon found myself present at the launch for that season's game: Skystone. To keep teams developing their skills, each year's competition is different from the one before, although the basic structure of the competition matches is common. Watching the challenge, I was immediately struck by how carefully crafted it was. With the provided materials (including a large set of documentation and sample source code files) even teams with no experience could easily manage to bring something to the competitions - as long as they chose to dedicate sufficient time and effort to the process. Not only that, because teams were encouraged to help one another there would be plenty of chances to exchange ideas and suggestions with other teams. To paraphrase Albus Dumbldore:

Help will always be given at FIRST events to those who ask for it.

The same applied to the mentors too. As the competition progressed, several mentors from opposing teams came and offered suggestions to the team (some of which I had already offered, some which I had no clue about). There were also behind-the-scenes email conversations that team members knew nothing of as we novice coaches and mentors stumbled around just a few steps ahead of the team themselves... or occasionally playing catch-up when the team had noticed something we hadn't.

One of the biggest challenges I faced as the coding mentor, which I hope to write about in more detail soon, was the way I had to let the team make their own mistakes. There were several occasions where I knew, well in advance of the team, that there were important things they had not considered. The best compromise I came up with was to ask as many awkward and/or leading questions as possible and hope that the penny dropped for the team. Sometimes it did. Other times... not so much! Even so, the difference between the team at the start of the competition year compared to the end was incredible. Had I not seen it with my own eyes, I would not have thought so much personal and team growth was possible in such a short period of time. While the team didn't progress to state level (or beyond) this year, they all indicated that they will be back next competition season. Unless something unexpected prevents it, so will I.